5:44 AM Tuesday morning. My coffee just right, my toast deliciously painful, with every few bites I re-bite the inside of my mouth, I bit it bad last night while eating my oatmeal cookie and binge watching  the third season of Wentworth. The house is quiet, everyone is still asleep, Fiona is making her usual screams, I think she has scary dreams , she’s quiet again. The windows are covered with raindrops, but the pitter patter has stopped. When I got out of bed it was coming down hard, I was excited to come up and write listening to the rain. But when I sat down to write the rain had stopped. Maybe it will start again, it’s so dark outside. I love this. 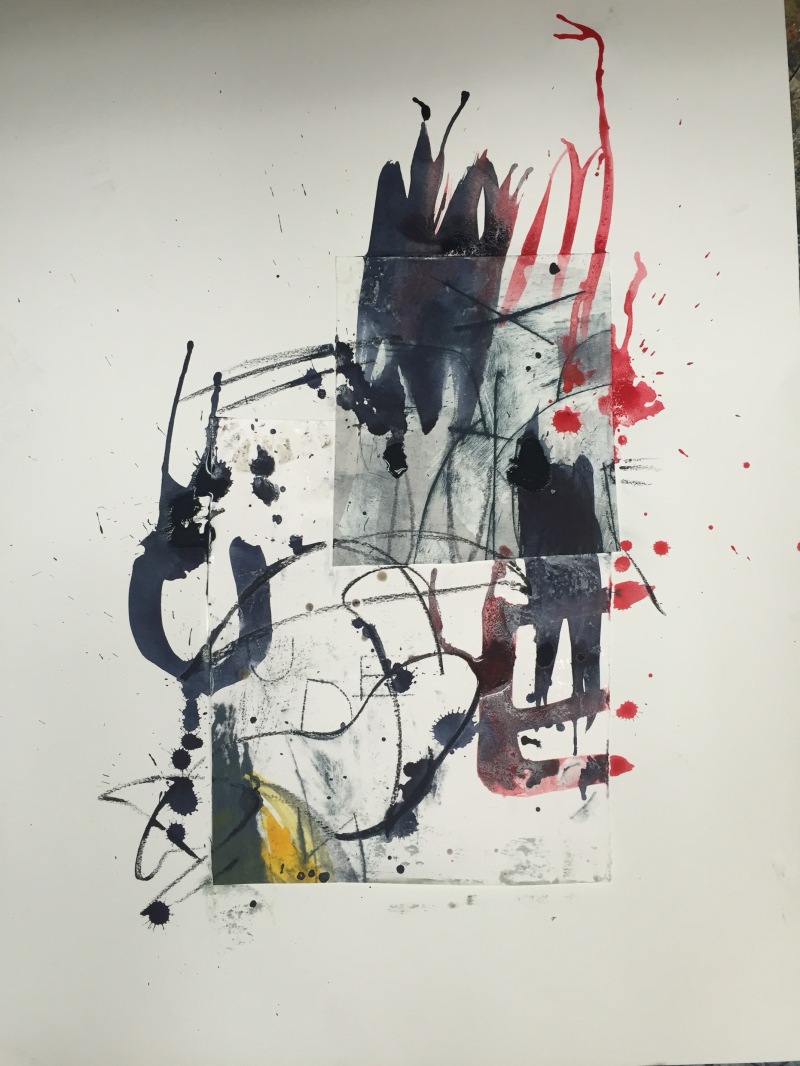 Yesterday evening, after Jack and Fiona had their dinner, while Alan and my dinner was cooking, stuffed bell peppers, I decided to introduce some quiet time to the babies. I put on PM Yoga for beginners, sat down on the carpet, told the babies, “We’re doing yoga”. Jack kept saying “Ooey ooey” over and over again, Fiona kept saying “Mama” and trying to sit on my lap. I set her down beside me and told her “everyone needs their own space”. The video started of in a seated position to begin the relaxation process. Jack ran in circles, Fiona whined. I kept saying, “Shhhh, just relax” they didn’t understand. I continued on through the whole twenty minute video, doing downward dogs, side stretches, proud warrior, staff pose, childspose, thinking they would join in. “Stretch your arms up high” I told them, “do childspose, just relax”. They kept running, whining, worrying when I had my eyes closed. I kept breathing, in, one,two,three,four, five, six, out, one, two, three, four, five, six. I tried to stay calm, relaxed, the more I did this, the louder Jack and Fiona  got. The opposite of what I thought, what I hoped would happen. I want to teach them to unwind, to relax, especially Jack, he can’t stop moving. I was proud of myself to stick with it and complete my shavasana.  I was more relaxed and it felt so good to stretch. I’m going to incorporate this into our daily routine hoping it will sink in.

I took Jack and Fiona down to the nursery at our usual time, gave them a bath, put on their PJ’s, read a book. They seemed more relaxed than the nights before. I said “Goodnight” and left the room. I heard some distress from both babies, “mama, mommy” a bit of crying, but after a few minutes I heard them playing together. I don’t know what they were doing, but there was banging and thumping, maybe they were jumping off the cribs, I don’t know. It went on till almost 9:00PM. On my way to bed I stopped in the nursery to turn off their light, both Fiona and Jack were laying face down on the floor, it looked like a crime scene. Both of them, flat out. They just kept going and going and going until they both passed out. Alan and I picked them up, lay them in their own beds, they were out cold. I just don’t understand how they have so much energy?

I had time to work in my studio yesterday, I printed some of my drypoints of my Dunce themed work for the San Francisco Arts Festival. They are coming out really good, but it’s one of those projects that has a lot of pieces. I start fretting over the final assembly, how to put together, how to hang. Installation projects always do this to me. I can’t share any of my work in progress for the DaDa show here. I also worked on some mixed media, they all started out as prints and I didn’t like them so I cut them up and reworked them into collage with watercolor and charcoal. I really like how they turned out. They are beautiful.
It’s still so dark outside and quiet in the house. I’m tempted to make a second cup of coffee, but for some reason it never turns out as good as the first. Why is that?