Two Jack o Lanterns peer at me, their orange hallows glowing and flickering.  The moon low in the sky behind  shining bright yellow. The crickets purr, the sky is clear and starry. My babies are asleep, I’m sitting outside and don’t even need a blanket.

Today, the pumpkins were sitting on the counter when Jack and Fiona woke up from their naps. Jack was intrigued, he touched them, said “that” as he pointed to each pumpkin over and over again. Lindsay or I would say “the big orange pumpkin” or “the small orange pumpkin” I was so excited to share my love of squash with the babies. I roasted a little organic pumpkin to make pumpkin soup. Jack watched as I cut each vegetable in pieces. lindsay and I then drew funny faces on our pumkins while Jack and Fiona giggled. We tried to make the babies help us take out the seeds but they weren’t very productive. We roasted the seeds, which were a huge hit. Then the grand finale was  when we showed Jack and Fiona the Jack O Lanturns glowing in the night. Jack wasn’t even scared!

It was so much fun. 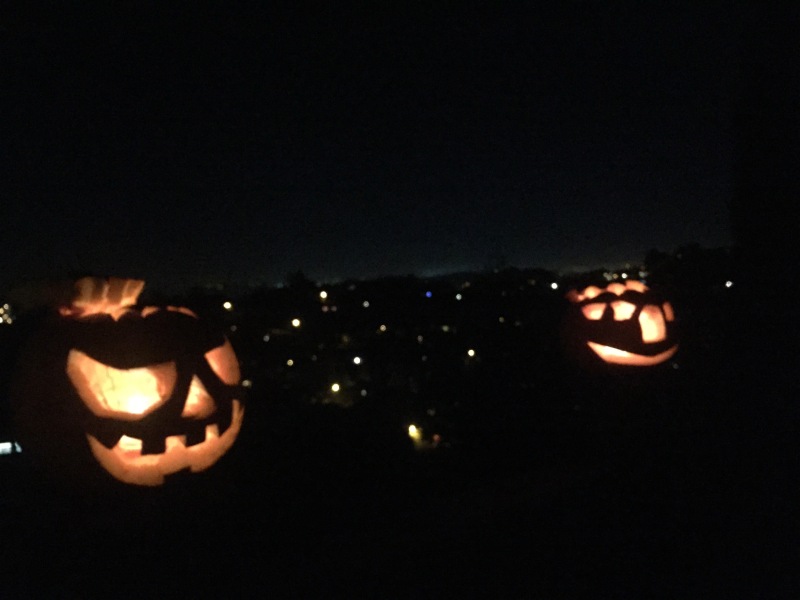 Tonight I have the house to myself. It’s quiet and relaxed . I went down to work in my studio for the first time at night in a long time. It felt trippy, everything was so quiet and I guess I know In the back of my mind I could work as late and as long in my studio as I felt.

I liked what I made. Things came together, were clearer tonight than last. But the work I did Wednesday came into play today, so I was right when I said “no day is wasted time in the studio, even when I hate what I do, feel like shit, make a pile of shit, it’s priceless, I just need to control the self loathing”

If you're hungry you can have an apple