The red light on the hill flashes in the dark, houselights and street lights trickle down into a muted valley, where people are still sleeping at 6:28 am Sunday morning, US, West Coast time. My coffee is super hot and my peanut butter toast on seeded bread tastes delightful. It’s dark in my house too, babies sleeping, husband sleeping, quiet time to think and write. I woke up with so many questions about Syria. “Who lives there now?” “What is it like for the ones who didn’t flee?” “Is there anywhere that normalcy exists?” “How can I find out more?” In my mind as I still lay in bed I imagine myself getting up and googling “Syria Now” videos. But I wondered if that would even work, if I could get some resemblance of truth? The past several months have been transformational for me. I’ve done so much unintended soul- searching. Who I am and what I think has become increasingly more and more important. The way I talk and act around the babies. One of the big shifts was when I decided not to say “PLEASE SHUT UP” to Fiona when she starts her crazy whining! I learned to have more patience and take deep breaths while she’s carrying on. If I have the energy I re-direct, by doing art with her, picking her up, trying to decode the situation. If I’m too tired I just let her get it out, it’s not easy, but I can do that now without feeling totally stressed. I’ve shifted from getting so upset about things happening in the world and just withdrawing completely and getting depressed to moving past that sticking point, doing more research, getting active. I don’t want to raise apathetic kids, I want them to know about the world, to be involved and passionate about peace and democracy and equal rights and justice. These are good things, important things. 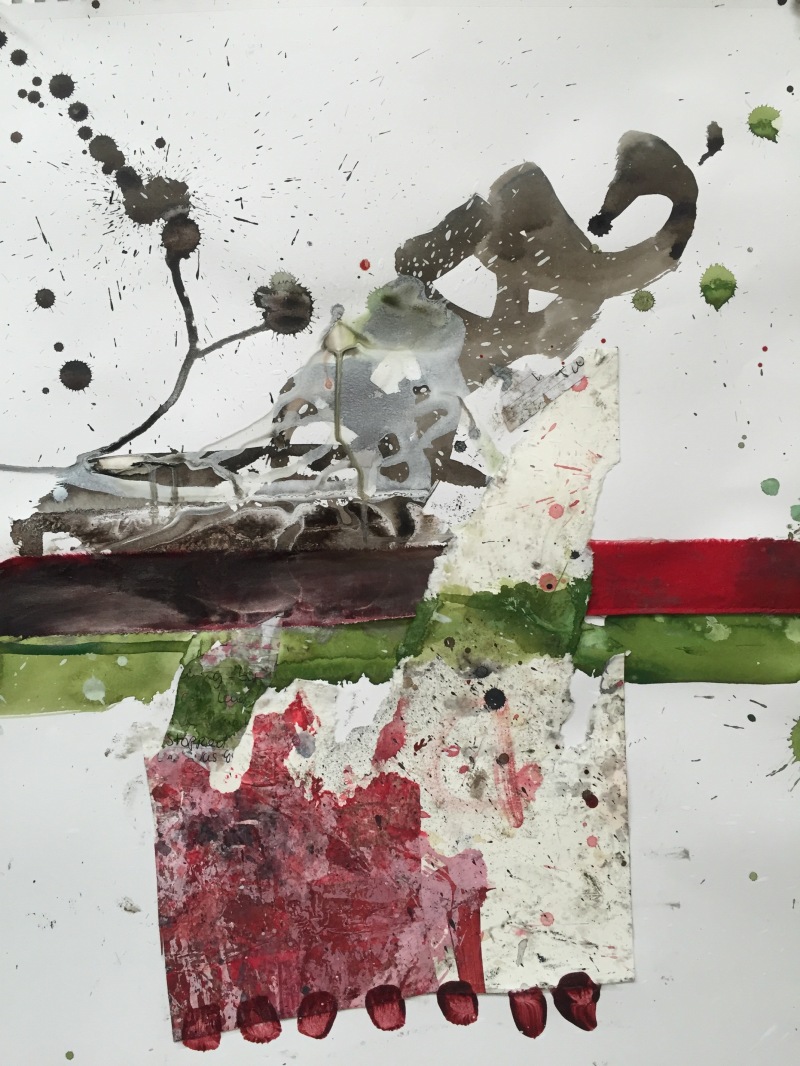 I used to tell my mom, “I don’t want kids, what’s the point in having kids, the world is so overpopulated already” She would say something like, “To bring more good people into the world, intelligent people who care about the world” Those were not her exact words, but that’s how I remember it. She became very apathectic and stopped voting early on. I remember when I was a little kid she hated Regan. I think she felt like when he got elected it was the end, the end of hope? I don’t know. I felt the same way recently with the government shut down. It was so disgusting to me, and the way the corporations have all the power. It’s all so fucked. But maybe there’s something bigger here that we can all work towards. Maybe by starting small, with in ourselves, our towns, our states, and if everyone around the world does that. What if we really think “Globally”? So many people already are, the world is changing and that’s what drives people out of the woodwork, the racists, extremists, ignorant scared people. But there are less of them than there are good people of the world. I’ve moved on from my place of depression over the sad and terrible things that are taking place to action. I think I can finally take action, mostly through my art and the raising of my children and the words I speak. 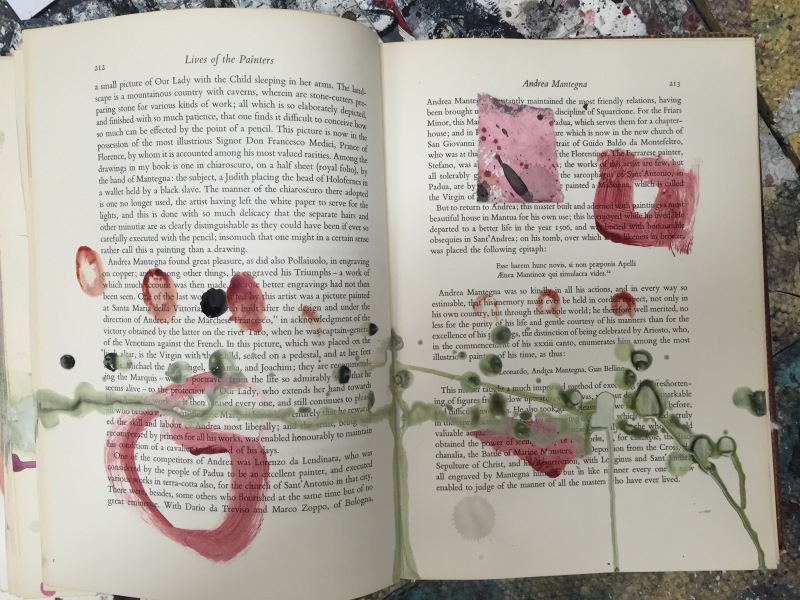 I am excited about GAP, the Global Art Project, we are doing it. People are involved from all over the world and we are planning a “Peace Book” a collaborative art book that travels all around the world, especially in the Middle East. When I read stories in the news now I’m just going to continue to do research and take action. I made some paintings for Syria the other night. It felt really good, it was therapeutic actually. 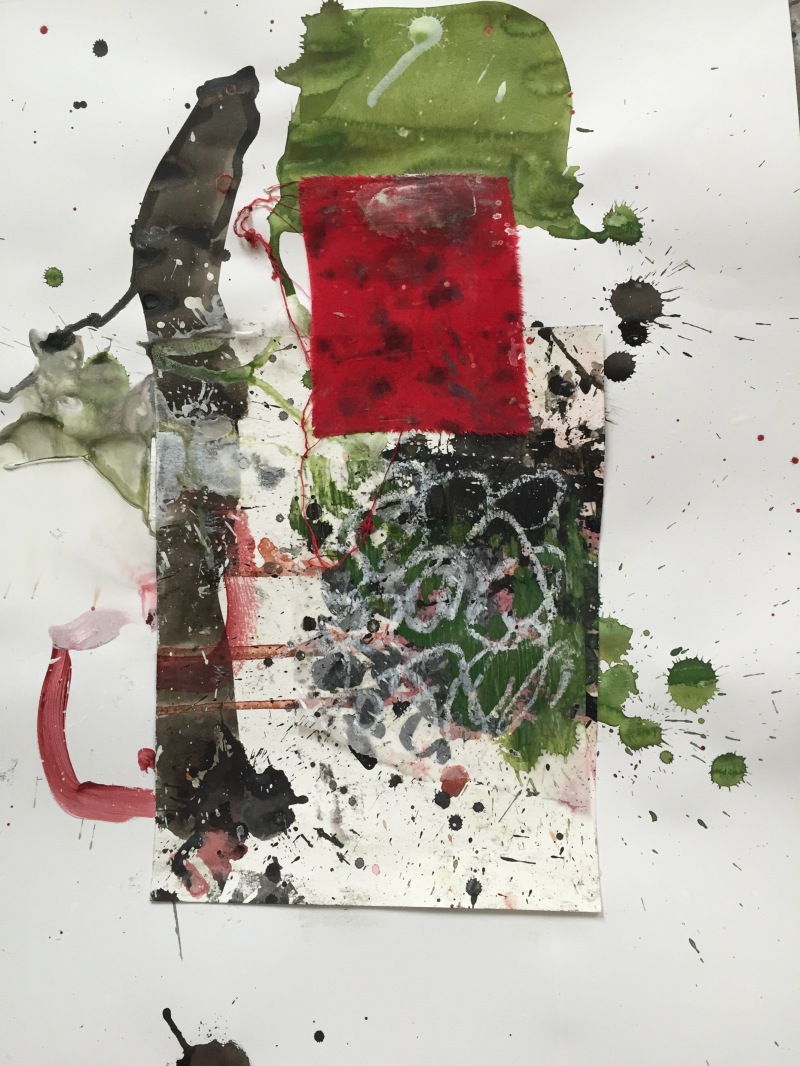 It’s two weeks until Christmas now, I was told yesterday “You need to make an effort, I want the kids to have a wonderful Christmas”
“They’re only two years old, they don’t understand, and everyday is Christmas for them!” I said.
But, in the spirit of Democracy I will put on a bit of effort for x-mas. I don’t want to be accused of being a communist. But I would feel better if all the clutter from the past I don’t know how long was gotten rid of or put away before more stuff is brought into the house. It’s overwhelming. Piles of things I’ll get to…… books, papers, clothes, things the babies broke, these things need to be dealt with, my closet, my studio. It’s all a big mess. That’s my main aversion towards Christmas, the extra clutter and mess. See it’s not even political, it has nothing to do with my athiestness.
It’s light outside now and the babies will be up soon. Time to go now.