The San Francisco International Art Festival is about Five months away, it runs from May 19th to June 5th , 2016. The title of the show is “Dada Here and Now” curated by Hanna Regev and Matt McKinley. It’s being held at Fort Mason Center. The opening reception is May 20th from 6pm to 9pm. I’m stating for the record I’m planning on wearing a costume, this way I can’t chicken out!  I am very excited about this show and have been re-studying the Dadaists, working in my studio on secret things, only to be revealed the night of the opening and after, and becoming my true Dada self.  A fellow collegue posted this on FaceBook, I’m going to begin to delve into these questions, think about them as I’m studying and working in my studio:

“These are the challenges put forth to contemporary practitioners of Dada: Can art successfully challenge a fixed mindset? Is a dialogue generated by provocative art possible and can it lead to change, co-existence, tolerance, and cooperation? Can art inspired by Dadaism be important or relevant today, or is it something that was of its time?”- Dada Here and Now

I think the most general answers to all the questions above is yes, maybe? Thinking about politics, many of us artists have been reacting to politics in the USA and abroad, we draw, paint, collage, and post on Facebook on a regular basis. These images get circulated, our disdain for the destruction of our environment, racism, human suffering, violence, but I suppose they are mainly viewed by people who like our work and agree with our politics. Could our artwork we’ve created about the refugee crisis in Syria, some very abstract, change a persons mind who is against letting Syrian refugees into their own countries based on fear? I don’t know. 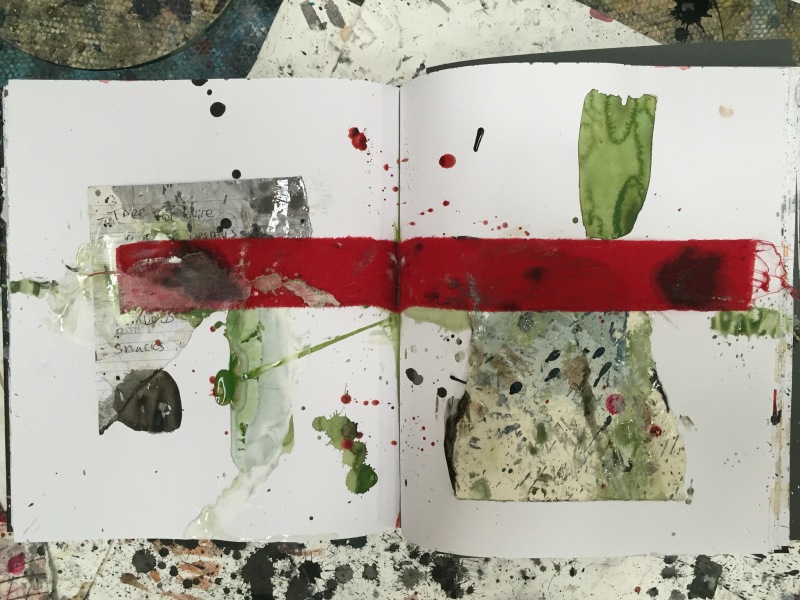 The original Dadaists were very anti war and so are we. This is something I read last night talking about the Zurich Dadaists and their “aggressive assults to the audience”:

“Pandemonium was encouraged, perhaps as a parody and an exposure of the falsity of public rhetoric, with its appeals to patriotism in support of the war. Today this kind of antic, more familiar and even stereotyped in the Happening, seems outdated. In it’s time however, Dada nihilism had more relevance as social critism; moreover, it frequently resulted in bouts of inspired wit and verbal invention, and the liberation of significant new forms of poetry and art” (pg. 168) Modern Art,  Hunter and Jacobus, third edition, published in 1992.

Aren’t we all responding to the horrors of the war in Iraq, and the unrest it’s caused in the whole world? That just goes on and on forever. Many, many, artists have been creating art against the war for over ten years, did The Dadaists pave the way for modern artists to create art about war? Thank you Dada artists!

The part of dadaism I respond to most though is the ideas  of Jean Arp, he said ” the law of chance, which embraces all laws and is unfathomable like the first cause from which all life arises, can only be experienced through complete devotion to the unconcious”

Yes! Thats where I thrive, when I can break through to that place of what I like to call “pure creation” that place where I’m buzzing like a bumble bee sucking pollen out of flowers. Yesterday I hit this place, I dedicated my whole day to making, I didn’t even walk the dog. But sometimes I have to do that. I worked on the press. I think it’s OK to share these pictures because they are not for the Dada show. But I am getting inspired by my research and it’s oozing into my non- dada stuff for sure. 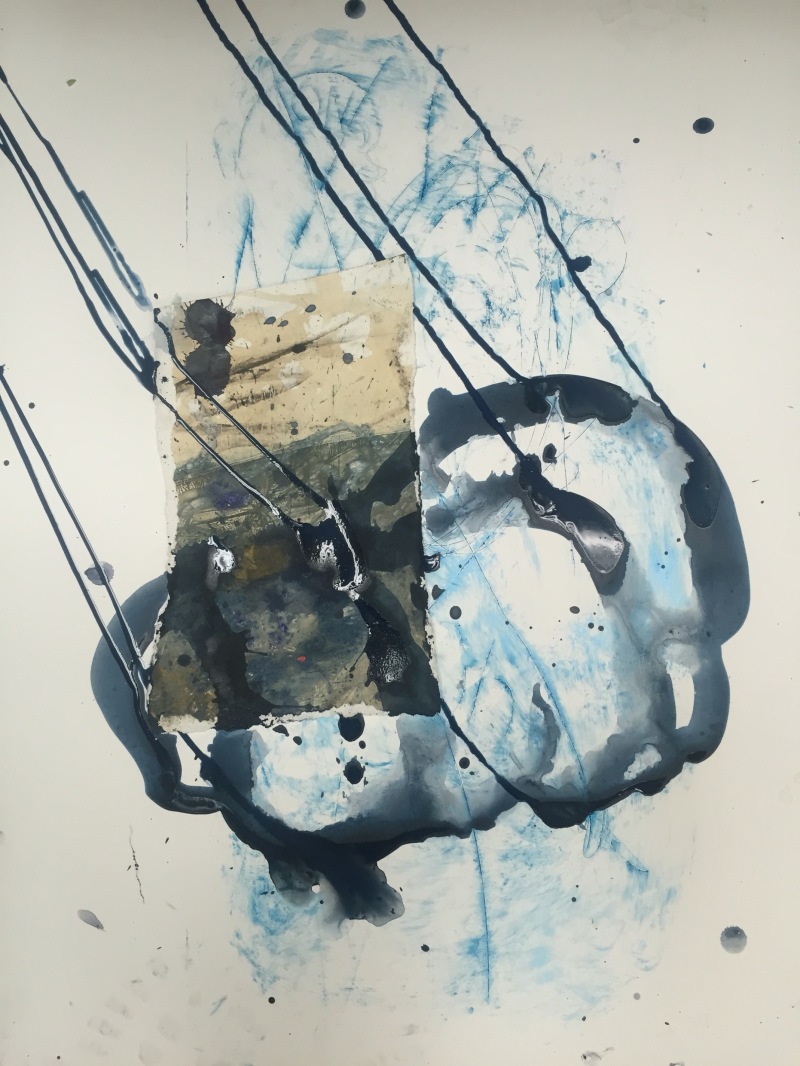 A balance between the laws of chance and conscious decisions made in a spontanious way.

Wow, It’s 7:12 on Saturday morning and I’ve been writing away for over an hour, I have not heard one peep from babies or husband! I feel like I’ve just come out of another world. I said I was going to take the weekend off from writing but when I woke up I had to write about the Dada stuff! Anyhow here I am! Back to reality. It’s really foggy outside this morning. I like it! Time to get organized for the day, stretch my back, get ready for my family to wake up.

Good bye, have a nice day!!