6:40 AM Saturday morning. House quiet. Kettle boiling. Click. I step away to prepare my coffee. It is so good this morning. So good. The sky is overcast with fog covering the highest part of the hillside. I wonder how long I have? To write? Before everyone wakes up? I hope Jack and Fiona sleep in, they were up until ten last night! I made the mistake of giving them a piece of chocolate after dinner. I read books, gave them a bath, put on their pajamas, and realized they were not ready to sleep. I left the nursery light on low and let them play, I figured they would just conk out eventually. Alan and I put on the last section of War and Peace. I could hear Jack and Fiona downstairs laughing, things thumping, probably jumping on the bed. We finish our show and Alan puts on an episode of Saturday Night Live he recorded, Larry David is playing Bernie Sanders. We hear Jack wail, “will you go check on the babies?” I ask Alan. He goes down, everything’s fine, but he forgets to lock the door. We’re watching SNL and I hear laughing and “Mama”.  “Did you forget to lock the door?” Alan gets up to take them back downstairs, but Jack cries and it’s already 9:30. “Just let them come up” I say. I figure we’ll just take them down when we go to bed. They finish watching SNL with us, Jack laughs at a few scenes, Fiona plays with my water bottle, gets her PJ’s wet. It’s surreal, I was just telling Alan how I would sneak into my mom’s room when I was a little girl and lay at the foot of her bed while her and Bruce were watching Mash. Then I would get caught and sent back to bed! It’s such a trip how we morph into little people. 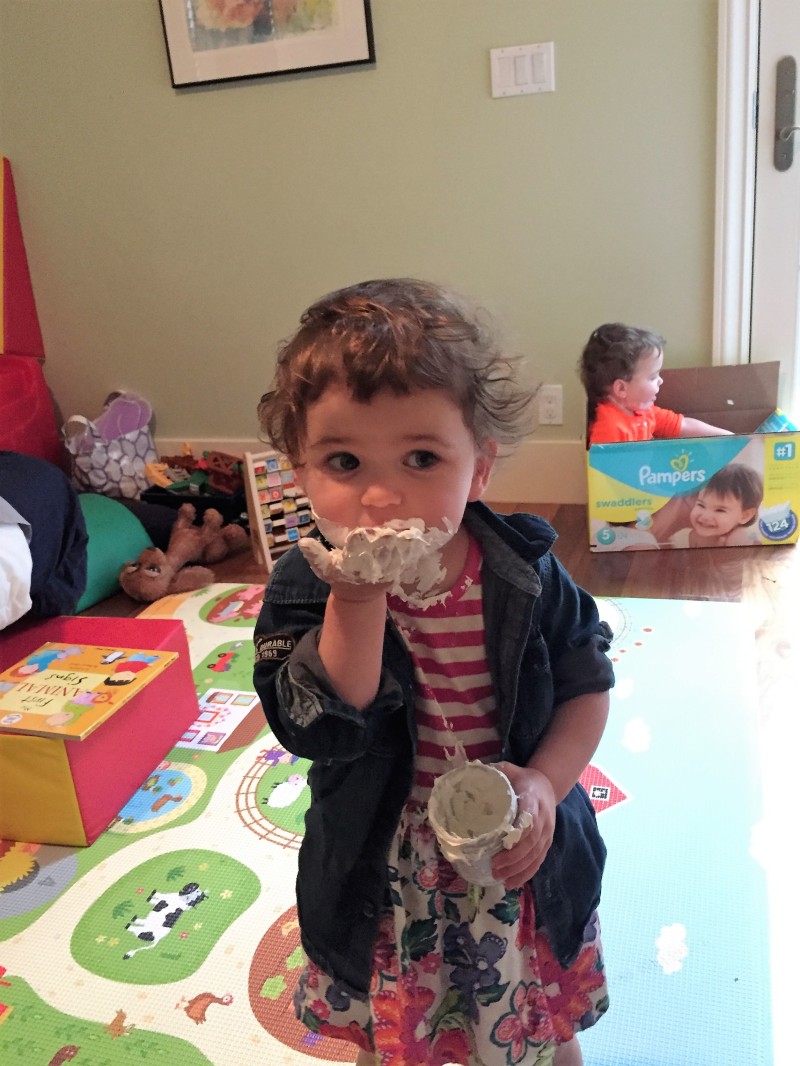 Our group GAP show is coming up soon! I took my four solo pieces and one colab to the frame shop yesterday, and Carl has a bunch of frames that we’ll use for several of the GAP colabs. It’s really exciting, the show at Room Gallery is going to look spectacular. I really wanted to bring Jack and Fiona to the Gallery before opening night. I wanted them to meet Agne and Kelsey, and the Gallery dogs, and to see the John Torrey show before it comes down. I had a home visit with Linda in the morning, she taught me how to sign birthday related words. When she left it was already 10:30, normally a studio day, a “Me” day, but I really wanted to do the gallery thing, and with Lindsay it is possible. “Let’s just go!” I decide this is the best policy. For the past two years my attendance at art shows has been very low to none at all. Before the babies were born I would always check out new shows at galleries in the city, Berkeley, and Oakland. I missed a bunch of openings I wanted to attend. A few months ago we ventured out to Redwood City to see Carl’s show at Unleashed Gallery. The babies did so well, I have been wanting to bring them to see more shows. John Torrey’s work is bright and painterly. We walk into Room Gallery and the first thing Jack notices is the doggies. I let the babies be babies before I carry each one around to look at the show. He points to the Paper Mache sculptures. They are heads made of newspaper and other bits. The first time I saw John Torrey’s sculptures was at the Marin County Art fair, so long ago. I loved them at first sight. The babies responded to them like I did. 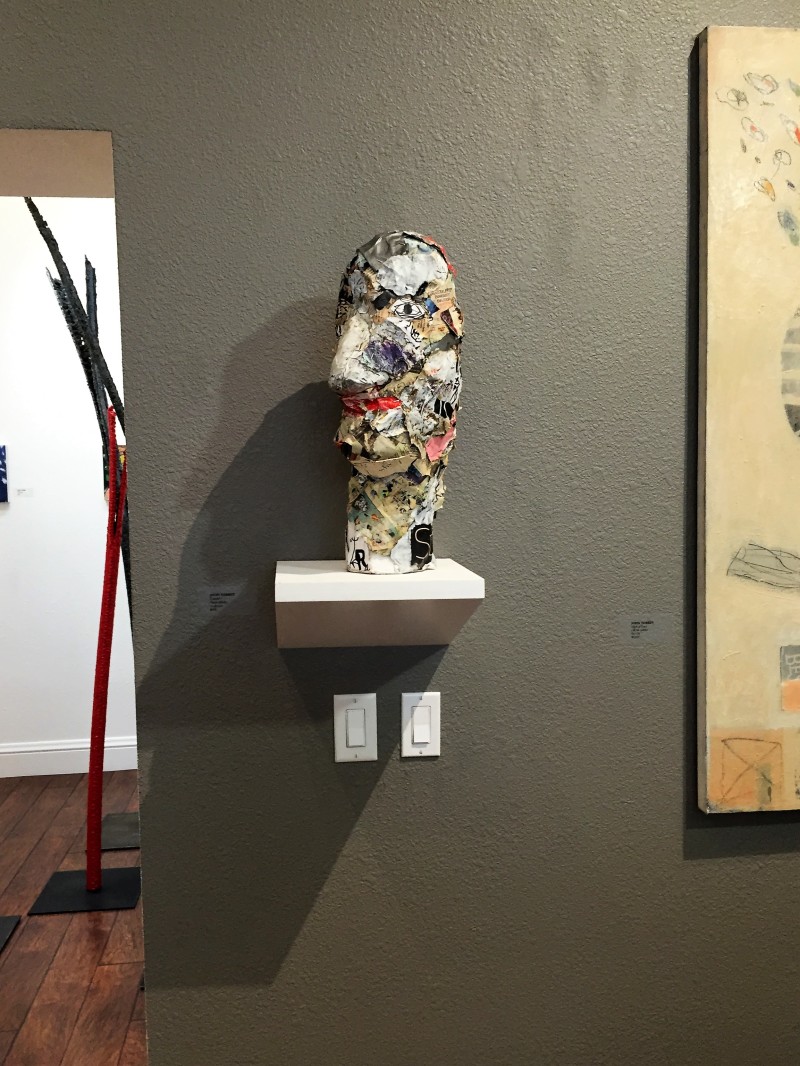 I connect with Torreys work, he’s a portrait guy, as I am obsessed with painting faces. 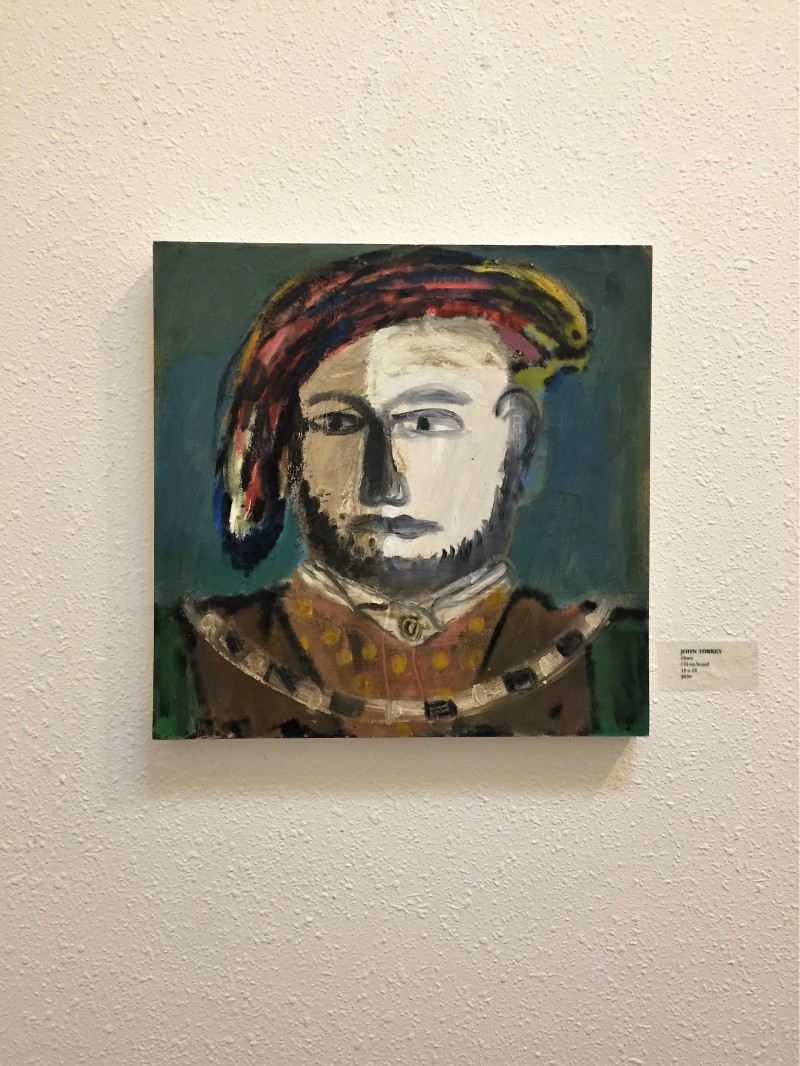 In this show he has some large abstract paintings as well, work I’ve never seen before. They are beautiful, the pallettes are quite different than his other work. 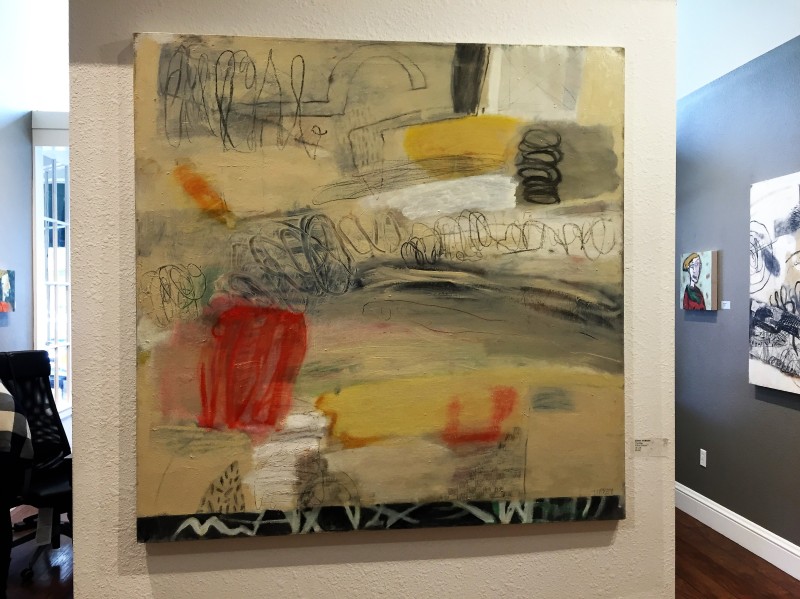 I talk with Agne about our show, set-up, and she wants Carl and I to give a talk. Then we head down the street to check out Material Matters at the Seager Gray Gallery. The babies are getting hungry so I don’t have much time left. We walk in and the new space the Gallery is in is beautiful, the light shines in and the art looks amazing. I walk through quickly, holding Fiona, Lindsay holds Jack. I stop first by the Jane Rosen painting, Change of Tune, and her Bronze Hoof sculpture.

Fiona and Jack are drawn to the sculpture. I like both, I have been a Jane Rosen fan for a long time.

The Donna Seager Gallery used to be in San Rafael and I would visit on a very regular basis. I’ve always enjoyed her artists. There are two Tim Tate pieces, video art inside interesting frames.

Lisa Kokin has work in the show, we all enjoyed viewing her work very much. The babies were fully engaged in her piece “Errata” It’s thread on canvas, it looks like hair, maybe it was hair, I need to check! But it reminded me of written word, cursive writing.

Squeak Carnwath has some paintings in the show. I particularly like the one titled “Mars” 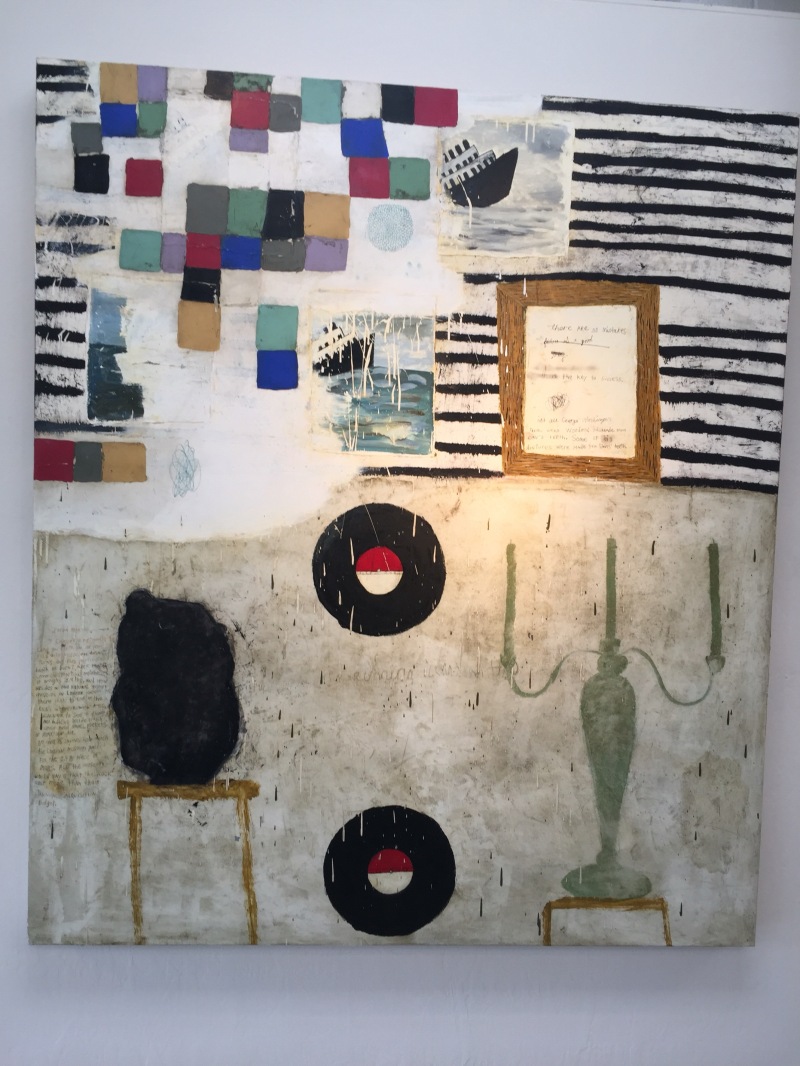 I needed more time to look at this show but Jack and Fiona started signing Eat, and saying it too so we had to go! We went to an amazing Vietnamese Street Food Restaurant Boo Koo.

It was so good and very kid friendly. The babies loved the edamame and the pot stickers the most! They were really well behaved, except for playing with their water glasses. The restaurant is noisy and bustling, the seating multi-level, lots of visual stimulation. The kitchen exposed, we could here food cooking. We sat by the front door so we could see people coming and going. I used to always sit in a far corner with Jack and Fiona, I thought it would be better, so we wouldn’t bother people, but I’ve learned they do better where all the action is. They sit longer and I can eat my food!

I can hear the babies starting to wake now. Time to go and start the day. What should we do today? It’s Saturday! The weekend.

Two Doves in the Pepper Tree

Healing Sand and Waves and Love